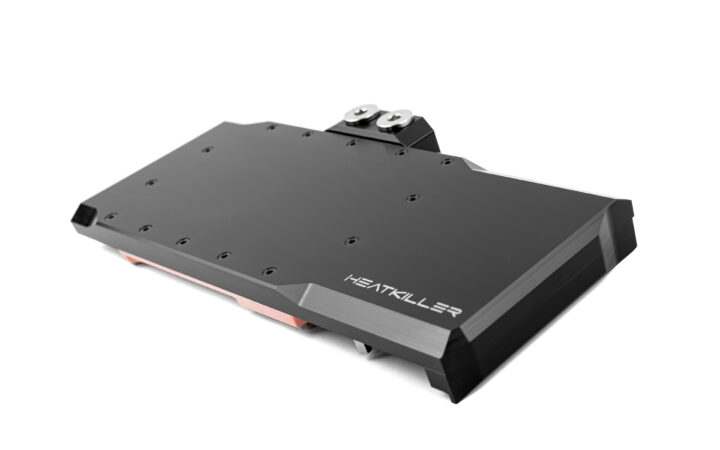 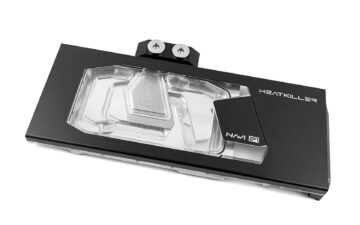 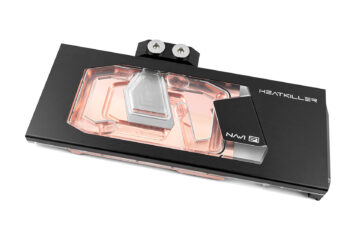 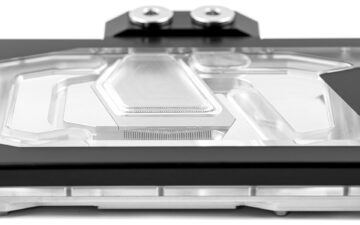 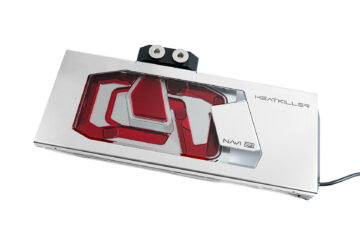 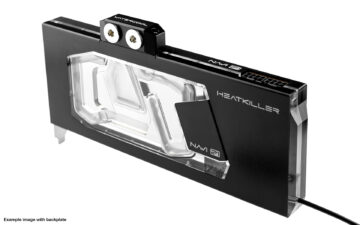 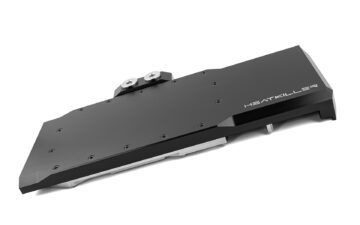 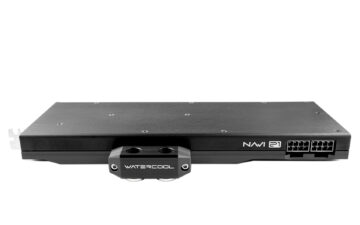 The HEATKILLER V for AMD Radeon RX 6800/6900XT graphics cards is now available. However, this is not simply a Heatkiller V with an adapted base plate, as we have made numerous optimizations and improvements to the model for AMD’s high-end cards.

Due to the special chip design of AMD’s current graphics card generation, we decided to overhaul the cooling structure. With the now vertically implemented cooling structure, we were able to increase the cooling performance even further. The changes also required some adjustments to the channel routing respectively the entire base plate.

The appearance of the AMD cooler is literally rounded off by our newly designed backplate. With the new curved design the backplate now hides the upper edge of the PCB and thus all electronic components, but without limiting the RGB effect. The backplate aligns flush with the acrylic lid of the cooler, making the HEATKILLER V for AMD RX 6800/6900XT graphics cards look like a single unit.

A detailed description can be found at the following link: